kids, summer fun, What we did

As I write this, I am nursing the worst headache I’ve had in months. I took an Advil, (no, this isn’t a sponsored post) and I’m hoping that by the time I finish writing, I can get out of my jammies (tank top and shorts) and continue with my days’ plans. I need to find a palm for our patio, buy some mulch, buy some detergent ’cause I can’t avoid laundry with that excuse anymore,go to the post office, and pay some overdue fines at the library. I’m dreading the last part because I always get a lecture from the librarian about the easy ways to avoid the fines. I know I can renew online… I just wish I could pay my fines online as well to avoid the dreaded lecture. ( Note: This post was started on one day, completed two days later)

Sometimes, God removes people that are unhealthy to us, and we may not even realize it. Relationships end. People grow apart. In all the heartbreaking agony that sometimes trails these situations, it helps to reflect on circumstances in the past where there was a loss… it may be the first “love” at 15 and he/she smashed your heart like a ketchup packet, it may be the “best friend” that didn’t prove to be that when she stabbed you in the back at prom… whatever the loss or situation was, when you look back on it, you realize it was all for the best. And, in turn, it saved you from destruction.

Now, I’m not writing this because I’m in dire straits at a loss. I’m perfectly content with my current “loss”.  Sometimes it’s okay to rejoice in the removal of people that you always felt didn’t really “like” you all along. And, there is freedom in that. I’m not talking about harboring hatred, or malice toward someone either…. because that’s outright wrong. However, boundaries are not wrong. If someone triggers emotions or unhealthy attitudes in you,  establish a peaceful distance in the relationship. Peaceful distance is the object here.

Sometimes you might need to be the trigger man to establish a boundary, sometimes the other person might help it along. Either way, if it needs to happen, be content, and be at peace.

After all, nothing in life is permanent.

In the past I have lost many people, that end up resurfacing years later bigger and better than before. It’s a blessing.

So…. that was part of my personal first day of summer. As far as activities go…. 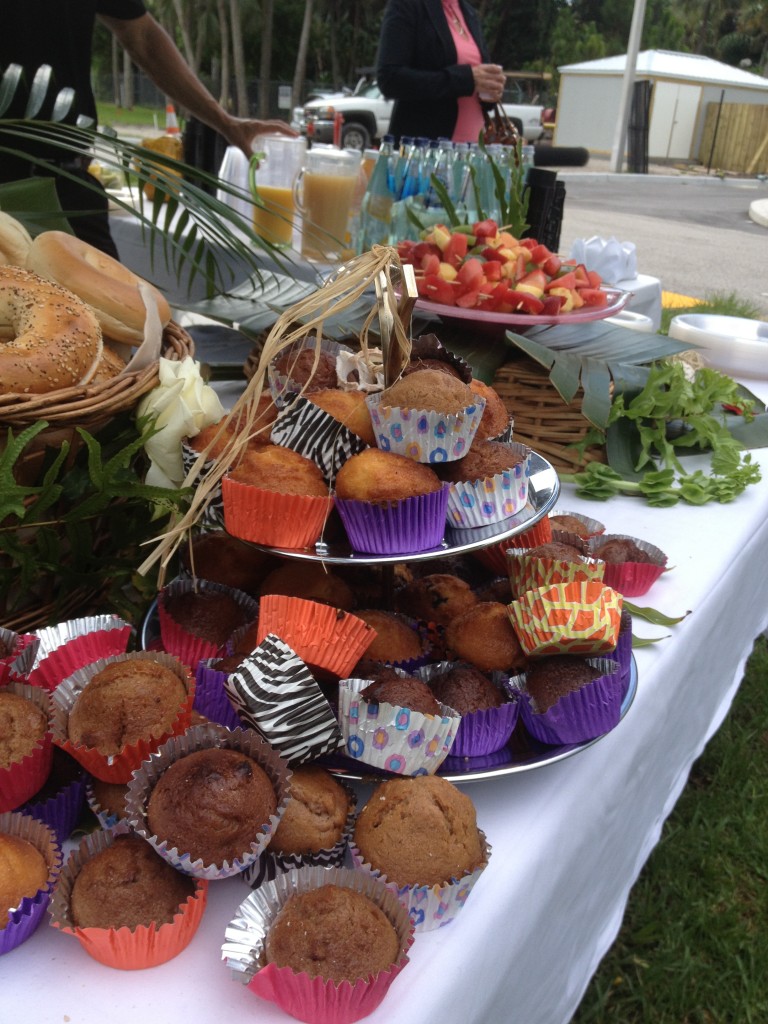 There was a ribbon cutting ceremony at the Science Center & Aquarium, being a “foodie” I was thrilled that there was (FREE!) food for everyone. There was even bagels, cream cheese, yogurt and croissants…mmmm 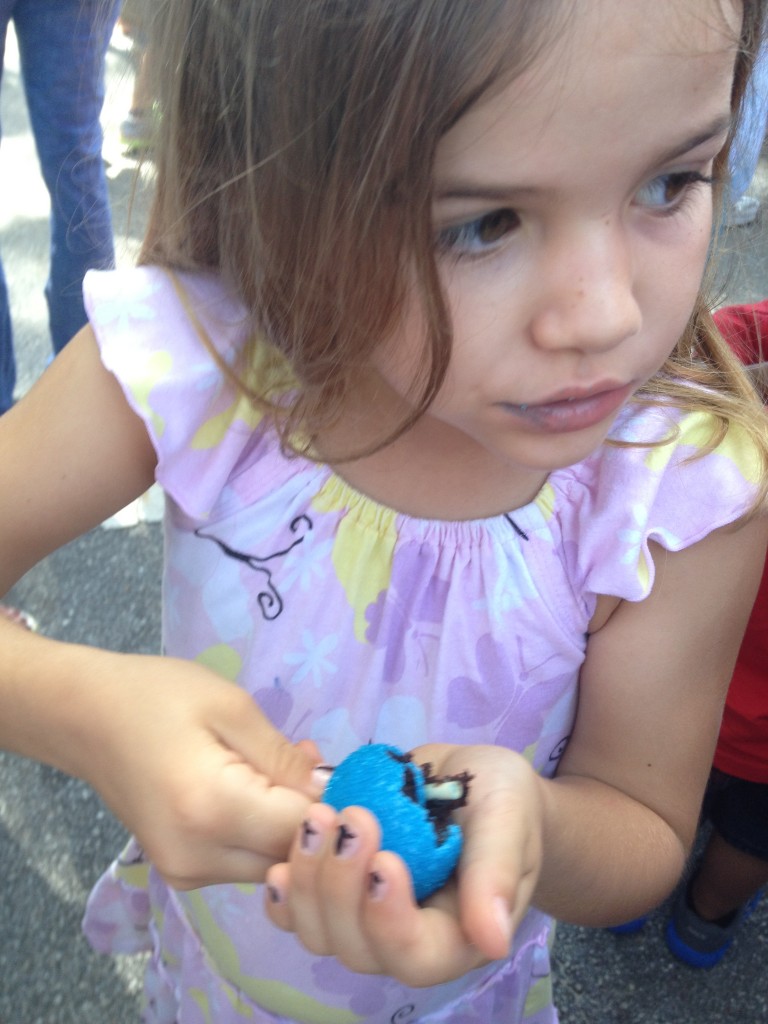 There were also cake pops, but they didn’t stay on their stick very well. 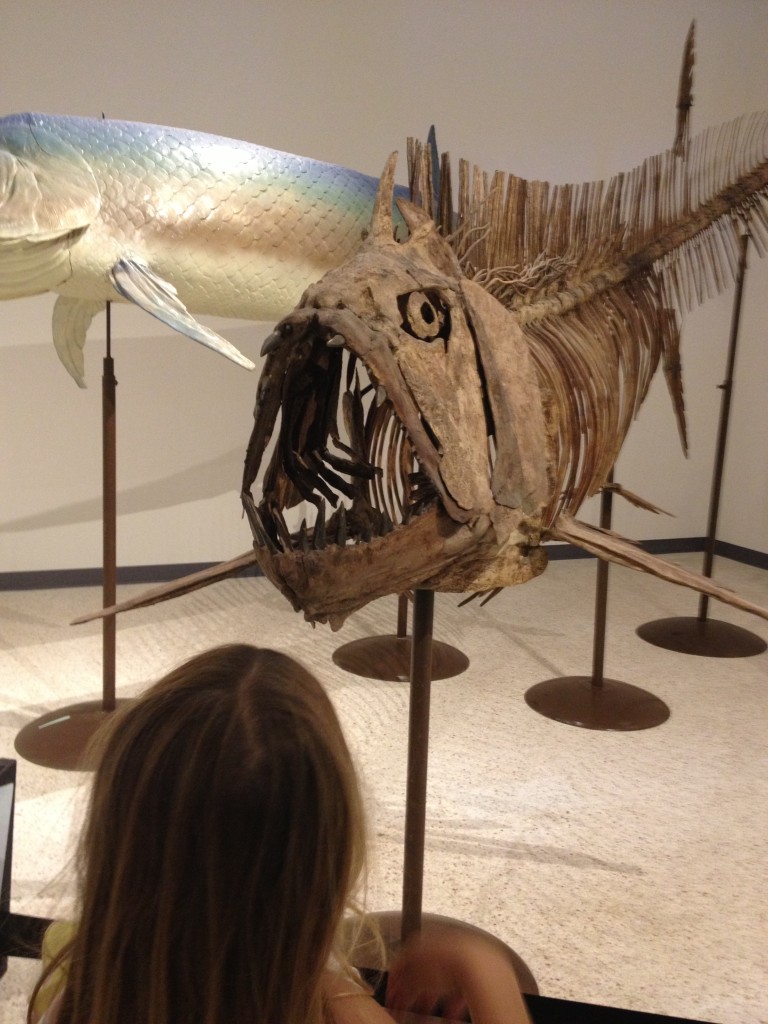 We marveled at the prehistoric skeletons, and gazed at the creatures from the sea… 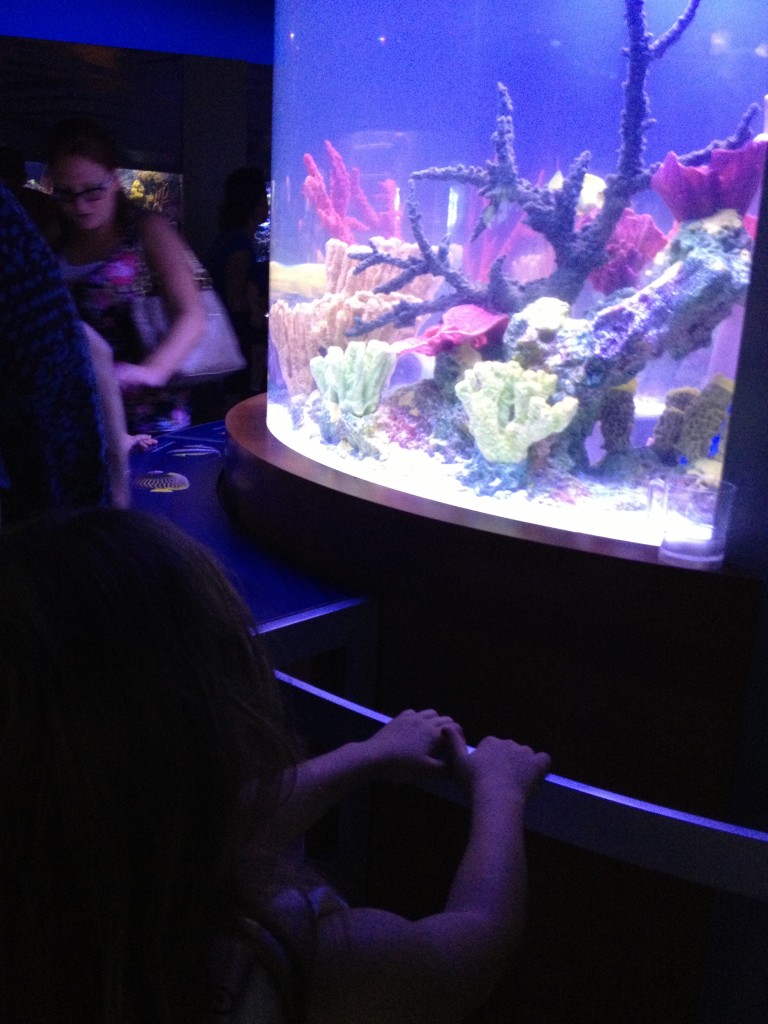 Then, we went home and the rains came again. It has been raining here for days on end… the grounds are soggy and there are several flooded roads, so much for “The Sunshine State”

So…. we made doughnuts: 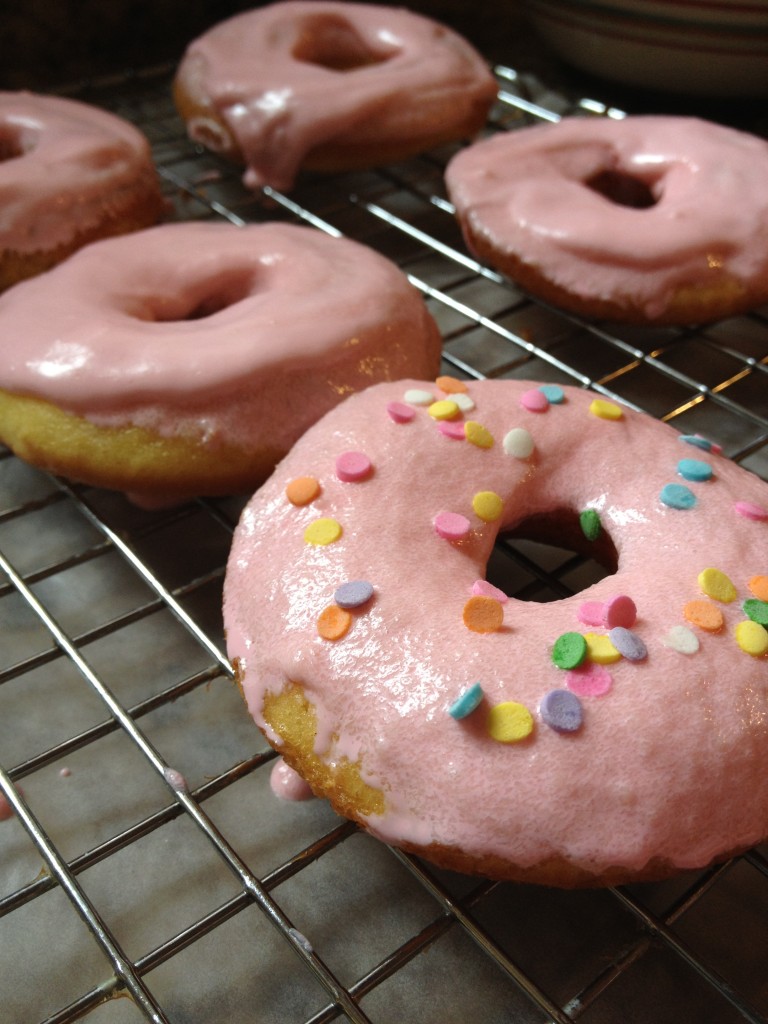 (It happened to be national doughnut day) I NEED a calendar that has all the national food related days/months/weeks. Because it seems like I’m always finding out it’s national _______ day too late.

The next day, it rained once more. So, we opted to go on an indoor adventure with Dad. 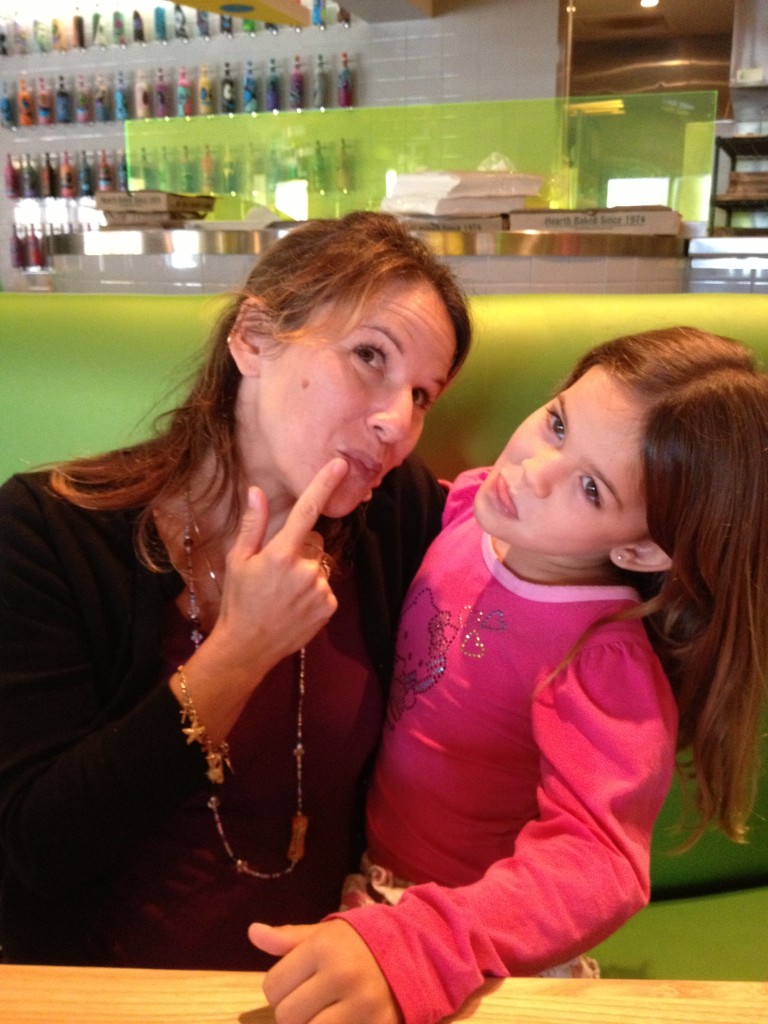 We had a hard time deciding on toppings.

Me: “Hmmmm, how about mushrooms and olives?”

Me: “Pepperoni and cheese?”

Her (see face above)

Finally: (a decision was made) 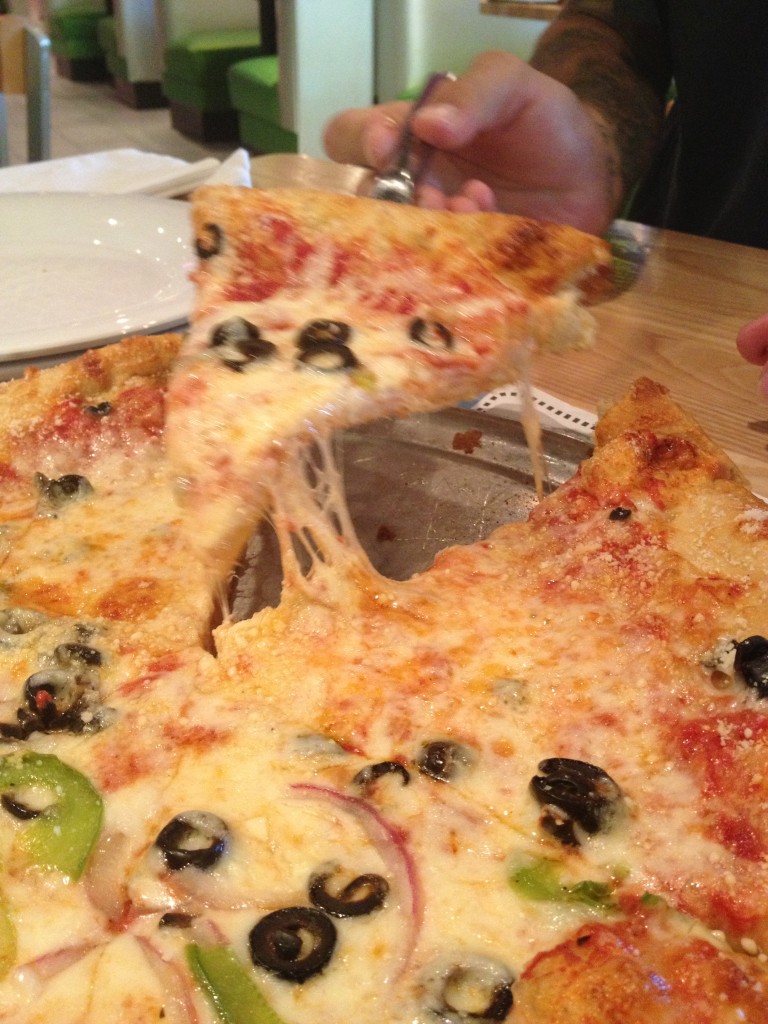 We were totally blessed because we had ordered a small (4 slices/$8.50+toppings) and the waitress brought out a medium that they ended up making on accident. But then she said the magic words: “We won’t charge you for it, though”

Then we went home and I had made a poolash earlier. In case you don’t know what a poolash is, it’s basically an aged yeast mixture for making crusty, chewy bread. (Think Panera) 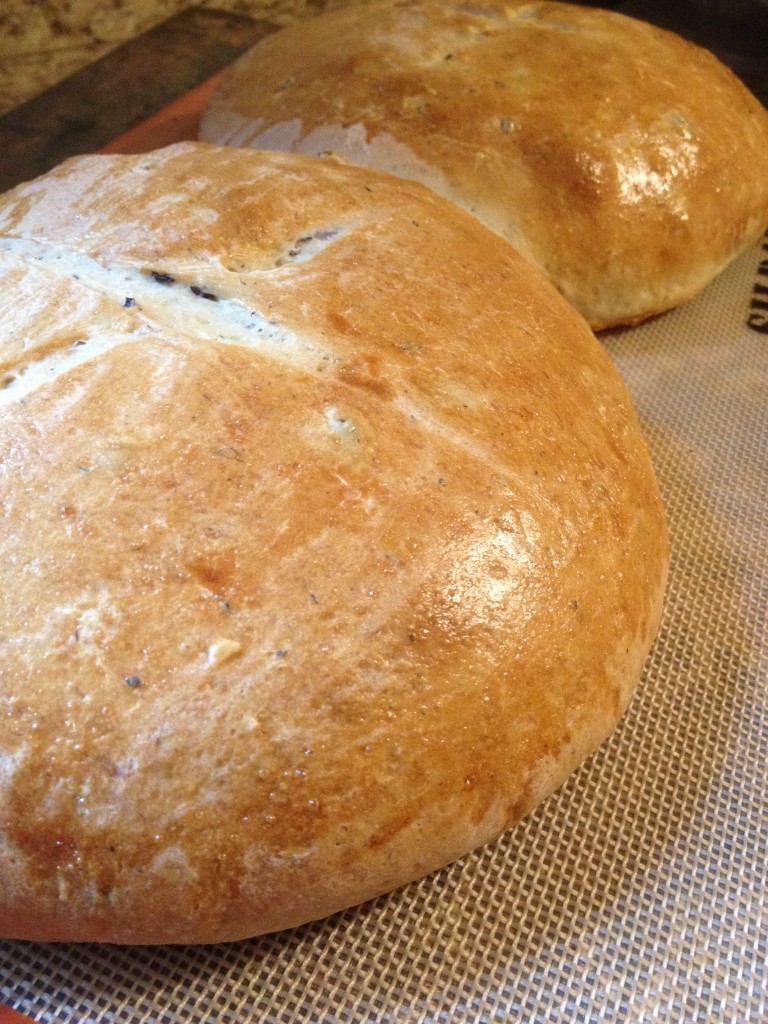 I made a olive & thyme bread. I’ll post about that and the doughnuts over on The Village Cook

For now, I’m in scrapbook/blog mode. I’m scrap booking my summer and blogging all at once. I know that there is a company that can print your blog posts and bind them in a book, so I can always do that one day if I need something to hold, but for now, this works perfect for myself.

So, I have wrapped up the first three days on Summer so far- the fourth day was spent at church where my husband finally officially became a member. (I had been one for years already) It was a nice event, they had a gorgeous breakfast set up (I forgot to snap pics) and some local donuts that were out of this world…. mmmm .

I have to share how excited I am that he’s finally walking the walk with me… but that may be a whole new blog or series in itself. The amazing changes that have taken place in his heart and mind- things that could not have ever happened without a divine intervention. I have been blessed by being able to witness this extraordinary event first hand.  It’s pretty cool, to say the least. 🙂 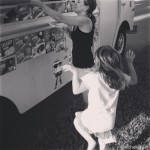