Until now I never understood “Disney People”, (as my husband and I called it)  You see, we had a very bad experience at Disney once. You can read about that here.  I’m pretty sure we were some of the only people in the world to  have free passes and not use them for years. Add in that we live 2.5 hours away and that, some may say is  insane.

Until we finally made a trip there, a trip that was just for fun, no meetings or work involved for either of us. No in-laws, no extended family, no time issues…. no stress.

Just us, our time,  and our plans.

And, you know what? It was fun.

Fun, despite the learning curve of limited fast passes and smartphone apps.

Fun, despite getting cut in line by rude American tourists.

Maybe it was that “Disney Magic” people often speak about… but, it’s official, we are Disney People now. Disney People, (you know who you are); chances are:

As for the customized matching T shirts? No, we aren’t there yet… although we joked my hubby’s would have to involve a bearded Mickey of some sort.  🙂

So, how do we become “Disney People” on a budget that’s tighter than a banjo string?

We’re figuring that out as we go… so far:

I’ve found it’s much easier to bring the furbabies along. There are tons of pet friendly places to stay within five minutes of Walt Disney World. Utilizing third parties sites helps ensure the best rates. Note: We have also used Best Friends Pet Care boarding and daycare on Disney property. (Highly recommended and very reasonable) Unless you’re pass holders, plan to fork out $20 for parking if you aren’t staying on property.

However, if you are able to, staying on property is amazing: I have had the opportunity to stay four times (The Dolphin, Polynesian, Grand Floridian, Yacht Club) that’s another story, though. (Parking is free, in addition fast transportation to and from parks)

The parks allow you to bring in food and drinks, but plan on going through heavy security screening. Cops, dogs, scanners, you name it. (Let’s not complain, they are keeping us safe)

For our park lunch, we opt for Publix  veggie subs. (Best. Sub. Ever.)

Bringing in food is  okay, selfie sticks are not. They will take them from you.

Once you get your park ticket, choose your fast passes with the Disney World smart phone app. Do this as far ahead of time as possible.

Get your fast passes early, use them and head to a kiosk to pick more. Don’t be surprised if there are no more ride  fast passes available by the time you finish your original three. That happened to us. So, instead we got to meet characters. 🙂 win=win

DO NOT delete/clear your fast passes from your phone if you miss the time or change your mind. Go to a kiosk. We messed up our first three and lost them.

If you don’t have a smart phone… get to a kiosk to sync your tickets with fast passes.

What’s the big deal about fast passes? It’s a difference of a five minute line wait to a 45-70 minute line wait. Time is priceless when you want to get a Dole Whip before it will ruin your appetite.

So, that wraps up my tidbits on becoming a Disney Family. I know I have only scratched the surface. We’re still figuring out dinner and breakfast… although our last hotel had a fabulous breakfast spread- sometimes those are a gamble. Eating at the parks is always an option but we have to be careful of dietary restrictions. Food is big for me. I refuse to settle for chicken fingers and fries. I’m not five.

That’s why I am so glad there’s Epcot. Mmmmm, Epcot.

But, that’s another story, too. 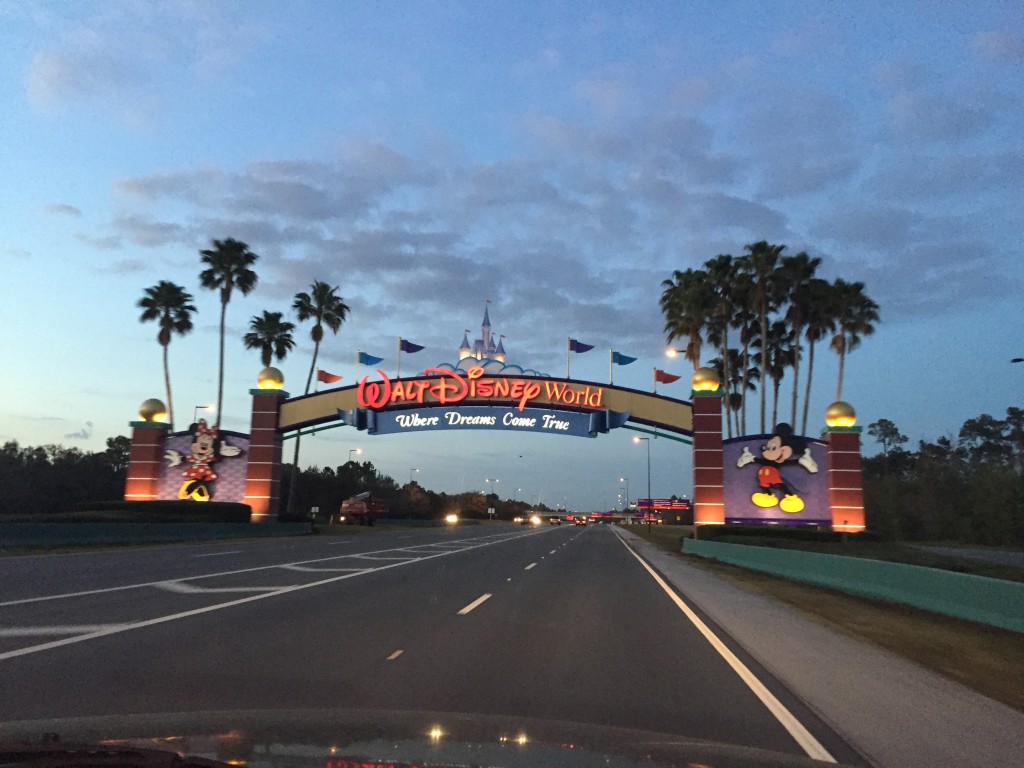